When is it Proper to Classify Delivery Drivers as Independent Contractors? 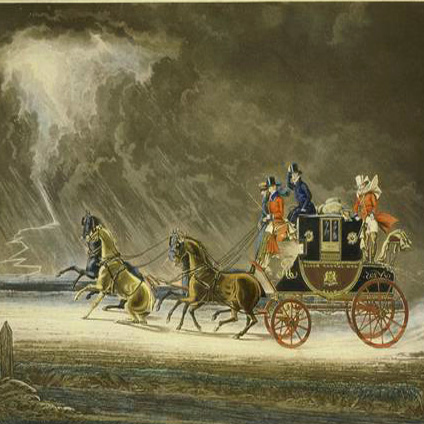 I work at a local restaurant in the Bay Area as a delivery driver. I often work more than 8 hours per day and more than 40 hours per week. My boss tells me that I am an independent contractor and he does not have to pay me overtime compensation. I am paid a flat fee of $2,000 per month and I am required to work 6 days per week. I do not work anywhere else. I use my own car and I personally pay for all vehicle-related expenses, including cost of gas, maintenance, repairs, bridge tolls, and insurance.

My boss is the one who mainly supervises the delivery process. He assigns each delivery order to a specific driver based on drivers’ experience and delivery time. He also determines the order of deliveries.   He constantly supervises my work via cell phone. In addition, he regularly calls me asking to report to work on my days off, expecting me to report within 15-30 minutes.

Am I an employee or independent contractor and does my boss have to pay me for my overtime and vehicle expenses?

You are likely misclassified as an independent contractor and your employer is violating California Labor Code by refusing to pay you for overtime hours and reimburse your vehicle-related expenses. It looks like your boss exercises extensive control over the manner and means by which you accomplish your work.

In determining whether a worker is an employee or independent contractor, California courts use a two-step Borello test.  In applying the Borello Test, the most significant factor is whether the person to whom service is rendered (the employer or principal) has control or the right to control the worker both as to the work done and the manner and means in which it is performed. S.G.Borello & Sons v. Department of Industrial Relations, 48 Cal.3d 341 (1989). Once it is established the principal has the right to control the manner and means in which the work is performed the inquiry generally ends and the worker is found to be an employee. Nonetheless, where this determination is not as clear, additional factors may be considered depending upon issues involved. Such factors include:

(1) whether the worker is engaged in a distinct occupation or business,

(2) whether, considering the kind of occupation and locality, the work is usually done under the principal’s direction or by a specialist without supervision,

(4) whether the principal or worker supplies the instrumentalities, tools, and place of work,

(5) the length of time for which the services are to be performed,

(6) the method of payment, whether by time or by job,

(7) whether the work is part of the principal’s regular business, and

(8) whether the parties believe they are creating an employer-employee relationship. Estrada, Cal.App.4th at. 10.

It is important to understand that just because an employee signs an independent contractor agreement and receives a 1099 IRS form, it does not mean that such an employee is an independent contractor. As the California Court of Appeal has noted in Estrada, the label that parties place on their employment relationship “is not dispositive and will be ignored if their actual conduct establishes a different relationship.” Estrada, 64 Cal. Rptr.3d at 355.

Cases Where Delivery Drivers Were Found to be Employees

While the question whether a delivery driver is an employee varies from case to case, California and federal case law tends to suggest that delivery drivers, performing functions similar to those of our hypothetical employee, are not independent contractors.

FedEx Drivers.  For example, in a recently decided federal case, Alexander v. FedEx Ground Package System, Inc., ___ F. 3d. ___ (9th Cir. 8/27/14), applying California’s right-to-control test, the Ninth Circuit held that FedEx drivers were improperly misclassified as independent contractors. The court concluded that FedEx’s policies and procedures clearly allowed FedEx to exercise a great deal of control over the manner in which its drivers did their jobs. FedEx controlled its drivers’ clothing from “their hats down to their shoes and socks.” FedEx required drivers to paint their vehicles a specific shade of white, mark them with the distinctive FedEx logo, and to keep their vehicles “clean and presentable [and] free of body damage and extraneous markings.” FedEx could and did control the times its drivers can work and how and when drivers delivered their packages. Most importantly, the Court ignored the fact that FedEx provided its drivers with “entrepreneurial opportunities” (the ability to take on multiple routes and vehicles and to hire third-party helpers) explaining that under California case law it did not undermine a finding of employee status.

Analogously, in Estrada v. FedEx Ground Package System, Inc, 154 Cal.App.4th 1, 10 (Cal. Ct. App. 2007), the California Court of Appeal held that FedEx improperly misclassified its drivers as independent contractors because FedEx exercised control “over every exquisite detail of the drivers’ performance, including the color of their socks and the style of their hair. FedEx also controlled its drivers’ schedule requiring them to be at the terminal at regular times for sorting and packing as well as mandatory meetings. Considering secondary factors, the Court noted that “the work performed by the drivers was wholly integrated into FedEx’s operation. The drivers looked like FedEx employees, acted like FedEx employees, and were paid like FedEx employees.” “The customers were FedEx’s customers, not the drivers’ customers.”

Furniture Delivery Drivers. For example, in another recently decided federal case, Ruiz v. Affinity Logistics, ___F.3d ___ (9th Cir. 6/16/14), the Ninth Circuit, applying the above-stated California Borello test,  has found that furniture delivery drivers were misclassified as independent contractors and were entitled to sick leave, vacation, holiday, and severance wages. In Ruiz v. Affinity, the plaintiff worked as a driver for a furniture delivery company that had a contract with Sears. His responsibilities included loading, delivering and installing furniture and appliance. The company required the plaintiff and other drivers to get a fictitious business name, a business license, and a commercial checking account. Also, each driver was required to sign an independent contractor agreement.

However, the Ninth Circuit found that the drivers were employees because Affinity had the right to control the details of the drivers’ work, including the drivers’ rates, schedules, and routes. For example, the company set the drivers’ flat “per stop” rate; the drivers could not negotiate for higher rates; the company controlled the equipment—the trucks, tools, and mobile phones—and the helpers the drivers used. Affinity also controlled the appearance of the drivers by requiring them to wear uniforms and prohibiting drivers from wearing earrings, displaying tattoos, and sporting certain designs of facial hair. Affinity also closely monitored and supervised its drivers. Each morning, Affinity required drivers to report to the warehouse, where Affinity had several offices, and attend the stand-up meeting.

Courier Service Drivers. In another case, Air Couriers Internat. v. Employment Development Dept., 150 Cal. App. 4th 923 (Cal. App. 3d Dist. 2007), the California Court of Appeals found that for purposes of unemployment insurance programs  the drivers were employees because the company retained control over the delivery operation, the drivers worked a regular schedule and often had regular daily routes, the drivers infrequently turned down jobs, the drivers were not engaged in a separate profession or operating an independent business, and the drivers made no major investments in equipment or materials.

Similarly, in  JKH Enterprises, Inc. v. Department of Industrial Relations, 142 Cal. App. 4th 1046 (Cal. App. 6th Dist. 2006), the Court of Appeals also found that courier services drivers who provided delivery services on the company’s behalf were employees for worker’s compensation purposes  In JKH, the court concluded that the functions performed by the drivers did not require a high degree of skill, and those functions constituted the integral heart of the company’s courier service business.  The court rejected the company’s contention that its lack of control over the details of the work, the drivers’ use of their own cars, and the presence of the independent contractor profiles dictated the conclusion that the drivers were independent contractors. Id.

Food delivery drivers. In another case, the Court of Appeals similarly held that the pizza delivery driver was improperly classified as an independent contractor because the pizza shop controlled all aspects of the driver’s job. Toyota Motor Sales U.S.A. v. Superior Court, 220 Cal. App. 3d 864 (Cal. App. 2d Dist. 1990). The court explained that Defendants hired Plaintiff to deliver pizzas to its customers and directed and controlled: 1) the number and type of pizzas to be delivered, 2) the time the deliveries would occur, 3) the locations to where they would be delivered, and 4) the price to be charged for each pizza and the amount of money to be collected from the customer. Id. at 875-876.

Cases Where Delivery Drivers Were Found to be Independent Contractors

Truck Drivers. However, in State Compensation Insurance Fund v. Brown, 38 Cal. Rptr. 2d 98 (Cal. Ct. App. 1995), the California Court of Appeal found that the truck driver plaintiffs were independent contractors. There, the truck driver worked for more than one broker at a time, had “complete control over their working conditions and the manner in which a load was transported (including whether or not to hire assistants),” and were “entirely free to accept or reject an assignment without reprisal.” Id. at 105.

In a personal injury case, Millsap v. Federal Express Corp.,277 Cal. Rptr. 807(Cal. App. 1st Dist.1991), the California Court of Appeal held that a driver was an independent contractor where he used his own car to deliver packages, was paid on a “per route” basis, and “[o]ther than to say ‘be careful’ or to give him directions to a particular location, . . . [the company] did not instruct [the driver] as to how to make the deliveries or how to drive his car.”).

If you feel like you have been misclassified as an independent contract, it is important that you consult a legal professional who can carefully evaluate your case and provide adequate legal advice or representation. For a free consultation, please contact our San Francisco employment law attorney.