Why is the difference between an independent contractor and employee so important? 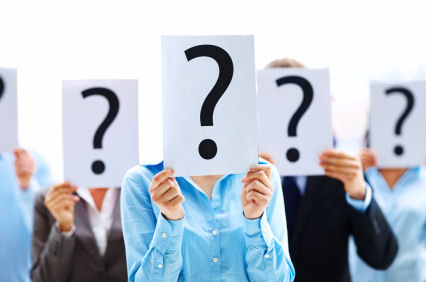 The short answer is that if your employer misclassified you as an independent contractor, you may be owed  a great deal of money in back wages.

To better understand how  misclassification affects you and your earning power, consider the  following example.

Let’s say, during the last  four years, you performed construction  services  (e.g. painters, installers, plumbers, electrician, laborers, etc.)  for a company Abc, Inc.  The company asked you to sign a written agreement under which you were classified as an independent contractor.  Abc’s work schedule required  you to work full-time –   Monday through Friday and oftentimes weekends.  Due to intense work demand,  you regularly had to stay late, working  50-60 hours a week, sometimes without breaks. Your average annual salary is approximately $75,000 a year. At the end of each year, Abc, Inc. would issue a 1099 IRS tax  form.

Generally, independent contractors set their own schedule and the company they work for is not required to pay them extra for long hours.  However, this is not the case when it comes to employees. Under California overtime law, employers are  required  to pay to non-exempt employees one and one-half times  regular rate of pay for all hours worked over eight hours in any workday and over 40 hours in the workweek.  Based on our hypothetical example, Abc, Inc.  must pay you  overtime, because you worked long hours. In your case, your regular rate of pay is $36 (to learn how to calculate your regular pay rate, read this article).

As you can see, failure to pay overtime is one of the most serious and financially harmful consequences of being misclassified as an independent contractor.

California employment law requires employers to provide all non-exempt employees with a 30-minute meal break after five hours of work (given that a work shift is six hours or more).  In addition, employees must receive a 10-minute rest break for every four hours worked provided that the work day is at least five hours long. An employer who fails to provide you with meal and rest breaks is required to  pay you one hour of  your regular rate of compensation.

As you can see, under California Law, requiring you to work without meal and rest breaks is not illegal as long as your employer pays your extra.  Based on the  hypothetical example stated above, your employer must now pay you $36 for each missed break, which adds up to $15,000-$30,000 for four years depending on how many breaks you were deprived of a week.

Under California Labor Code, employer may not deduct from employee’s  paycheck wages unless certain statutory exceptions apply. The list of these exceptions is narrow and often abused by employers.  If you were misclassified as an independent contractor, and you were required to spend your own money on work-related expenses (e.g. tools, equipment, uniform), transportation (e.g. gas, mileage, auto repair), loss or damage of equipment, etc.,  you may be entitled to reimbursement.

Under the California workers’ compensation statute, if you get hurt or sick because of work  (even  due to your own fault or negligence), your employer  have to pay for  all of your  medical and hospital bills. In addition, you may be  entitled to a weekly amount  (approximately the same as unemployment insurance)  for time lost from work. You  may also be entitled to a  lump sum payment for an injury resulted  in a permanent disability.

Referring back to the example mentioned above, construction work is a highly dangerous industry, and any work injury can cost your arm and a leg (literally and metaphorically); therefore, it is especially crucial that you are not excluded from worker’s compensation due to misclassification. If during the past four years, you were injured at work and you were misclassified as an independent contractor, your employer must reimburse your  for all paid medical expenses that you incurred as a result of a work-related injury.

If your employer is located  in the county of San Francisco and you work in  San Francisco, you may be entitled to paid sick leave if you were misclassified as an independent contractor.  For example, under the San Francisco Paid Sick Leave Ordinance 12W, qualified employees (i.e. those who worked for the company 90 days and more) are  entitled to one hour of paid sick leave for each 30 hours worked. Depending on the size of employer, certain hour caps may apply. For example, if the company you work for employs less than 10 workers, the maximum number of paid sick leave hours you can earn is 40 hours. Employers with more than 10 employees are subject to a 72-hour cap.

Federal, California and local governments enacted  a number of anti-discrimination statutes that protect employees against discrimination in hiring, firing, discipline,  job assignments, promotions, and other day-to-day activities in the workplace.

For example, Title VII of the 1964 Civil Rights Act, 42 U.S.C. §2000e,  protects employees from retaliation or discrimination on the grounds of race, sex, national origin, or religion.  Analogously, Title 1 of the ADA prohibits private employers, state and local governments, employment agencies, and labor unions from discriminating against qualified individuals with disabilities in any part of the employment process, 42 U.S.C. § 12101. Similarly, the ADEA prohibits employment discrimination against employees who are 40 years of age or older.

This  list of employment protections is not conclusive; depending on the facts of your particular situation and jurisdiction,  you may be entitled to more employment benefits.   However, you can clearly see that the implications of misclassification are serious and can cost you thousands of dollars.

If you feel like you have been misclassified as an independent contract, it is important that you consult  a legal professional who can carefully evaluate your case and provide  adequate legal advice or representation. For a free consultation, please contact our San Francisco employment law attorney.