The US Supreme Court will Decide Whether the Outside Sales Exemption Applies to Pharmaceutical Sales Representatives. 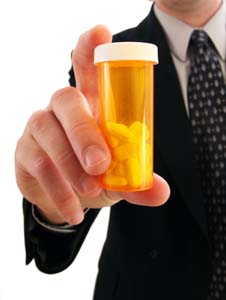 According to the US Supreme Court’s website, on November 28, 2011, the nation’s higest court  granted petition for a writ of certiorari filed by Plaintiffs, the pharmaceutical sales representative, in Christopher et al. v. SmithKline Beecham Corporation.

During the course of the last 70 years, since enactment of the Fair Labor Standards Act, pharmaceutical companies have employed  pharmaceutical sales representatives and classified those sales representatives as exempt from the FLSA’s overtime pay requirements under the “outside sales” exemption. This classification was consistent with Department of Labor regulations that at first promulgated in 1940 and reaffirmed as recently as in 2004 defining the term “sales” broadly. However, starting 2009, the Department began filing  amicus briefs in private civil litigation announcing its new position that sales  representatives are not  now  and have never been exempt because they do not “sell” as that term is defined in  Section 3(k)  of  the FLSA.  The United States Court of Appeals for the Ninth Circuit refused to defer to that abrupt change in position and held that sales representatives are exempt.

The Court will decide the following two questions:

(1) Whether deference is owed to the Secretary’s interpretation of  the Fair Labor Standards Act’s  outside sales exemption and related regulations; and

The Circuits are split over the question how to classify pharmaceutical sales representatives under the Fair Labor Standards Act and the meaning of the term “sales” in Section 3(k) of the FLSA.  The issues here are of high importance to the pharmaceutical industry. The decision of the Court will affect tens of thousands of PSRs across the country and will provide the industry with clear and uniform guidelines  regarding the proper classification of PSRs for purporses of  overtime entitlement under the federal labor law.