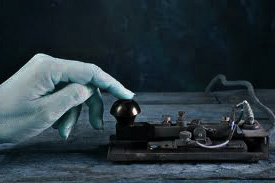 During the past few years, the issue of whether employees’ waiting or on-call time should be considered compensable hours has been the subject of much litigation in California and federal courts. The problem is especially important for employees who work in the security industry (e.g. security guards). A typical scenario involves a situation where an employee is assigned to a specific job site, provided lodging,  and required to stay at the job site for a prolonged period of time, oftentimes 24 hours per workday. The problem with these types of the employment arrangements is that employees are not compensated for all hours, including stand-by or on-call time.

This issue was recently addressed by the California Court of Appeals in Mendiola v. CPS Security Solutions, Inc., 2013 Cal. App. LEXIS 528 (Cal. App. 2d Dist. July 3, 2013). The Court held in favor of employees and concluded CPS Security Solutions, Inc. (“ CPS”) should have compensated its trailer guards for the nighttime hours spent on the jobsite during the week. However, the Court permitted the employer to deduct eight hours for sleep time on those weekend days when the trailer guards were on duty for 24 hours.

CPS provides security guards for building construction sites throughout California. A number of the security guards employed by CPS are designated “trailer guards,” because in addition to their regular patrols, they are expected to spend the night at their assigned jobsites in CPS-provided residential-type trailers, in order to be available to investigate alarms and other suspicious circumstances and to prevent vandalism and theft. During these nighttime periods, CPS considers the trailer guards “on call,” and generally compensates them only for the time spent actively conducting investigations. The trailer guards’ schedule required their presence at the job site from 3:00 p.m. to 7:00 a.m., Monday through Friday, and for 24 hours on Saturday and Sunday.

Prior to being hired by CPS, each trailer guard was required to sign  an “On-Call Agreement,” which  designated eight hours per day, generally from 9:00 p.m. to 5:00 a.m., as “On-Call” hours. Under these Agreements, each trailer guard agreed that the trailer home was his or her “residence,” and agreed to “reside during [his or her] employment in the trailer home provided by the Company for [his or her] exclusive use.” CPS did not consider on-call time when calculating hours worked, and trailer guards were paid for on-call time only if: (1) an alarm, noise, motion or other condition on the jobsite required investigation; or (2) they were waiting for or had been denied a reliever. When investigating a suspicious condition, the trailer guards were paid for the actual time spent conducting the investigation. If a trailer guard spent three or more hours engaged in investigations during the on-call period, the guard would be paid for the entire eight hours

The Court first addressed the issue whether the hours the trailer guards spent in the trailers between 9:00 p.m. and 5:00 a.m. should be construed as “hours worked.” The Court concluded that the period did constitute hours worked, but that CPS could exclude from compensation up to eight hours a day as sleep time during the guards’ 24-hour weekend shifts.

The Court explained that there were sound reasons for permitting an employer who engaged an employee to work a 24-hour shift and compensated him or her for 16 of those hours to exclude the remaining eight hours for sleep time, as long as the time was uninterrupted, a comfortable place was provided, and the parties entered into an agreement covering the period. Most employees would be sleeping for a similar period every day, whether on duty or not, and the compensation provided for the other 16 hours, which should generally include considerable overtime, ensures that the employees receive an adequate wage

In determine whether the trailer guards were entitled to compensation for on-call hours, the Court applied seven factors listed in Gomez v. Lincare, Inc.,:

(1) whether there was an on-premises living requirement;

(2) whether there were excessive geographical restrictions on [the] employee’s movements;

(3) whether the frequency of calls was unduly restrictive;

(4) whether a fixed time limit for response was unduly restrictive;

(6) whether use of a pager could ease restrictions; and

(7) whether the employee had actually engaged in personal activities during call-in time.

The court found that of the seven factors, the majority favors a finding that during the on-call period, the trailer guards were significantly limited in their ability to engage in personal activities.They were required to live on the jobsite. They were expected to respond immediately, in uniform, when an alarm sounded or they heard suspicious noise or activity. During the relevant hours, they were geographically limited to the trailer and/or the jobsite unless a reliever arrives; even then, they were required to take a pager or radio telephone so they may be called back; and they were required to remain within 30 minutes of the site unless other arrangements have been made.  They may not easily trade their responsibilities, but can only call for a reliever and hope one will be found.

Most important, the Court pointed out the trailer guards did not enjoy the normal freedoms of a typical off-duty worker, as they were forbidden to have children, pets or alcohol in the trailers and could not entertain or visit with adult friends or family without special permission.

The decision is valuable in that it provides clear rules and guidelines to employers and employees as to when employees should be compensated for on-call time. In determining whether to pay for wait or on-call time, employers must carefully evaluate the degree of control exercised over workers. The decision is not limited to the security industry only. Its findings and reasoning can be similarly applied to work hours of personal attendants who are required to live on employers’ premises, plumbers who are frequently on-call until customers’ call; mechanics who often sit in idle between assignments, and many other employees.