Are Shareholders and Corporate Officers Personally Liable for Unpaid Wages? 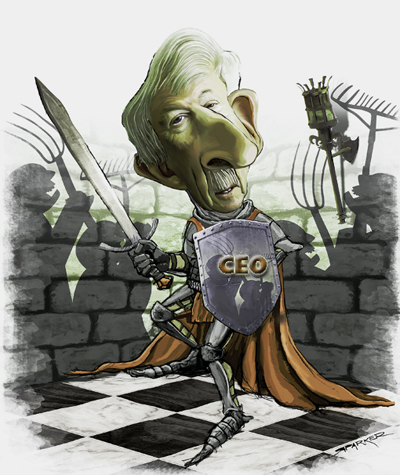 Many California business owners mistakenly believe that by incorporating a business or forming an LLC, they are fully protected from personal liability for unpaid wages owed to employees. California employers must be aware, that there are a few theories under which aggrieved employees may hold corporate officers or shareholders liable for wage-and-hour violations.

One of them is by alleging violations of the Federal Standard Labor Act (FLSA). Unlike California courts, under the FLSA, federal courts are willing to disregard the corporate identity and place liability on an individual shareholder, manager or officer, if certain requirements are satisfied. This is true because the FLSA definition of employer is much broader than that of California Labor Code.

The Fair Labor Standards Act is the federal law that mandates minimum wage requirements, overtime pay, child labor prohibitions, and record keeping requirements. It applies to all employers engaged in interstate commerce. However, the FLSA does not protect employees who seek to recover payments of contractual wages, accrued vacation pay and other accrued benefits to which employees may be entitled under state law.

The FLSA has a broad definition of employer and defines employer as any person acting directly or indirectly in the interest of an employer in relation to the employee. 29 U.S.C. § 203(d). Unlike California law, the FLSA expressly imposes liability for wage and hour violations on any person acting on behalf of the employer, including its officers and directors.

In determining whether a corporate agent is an employer under the FLSA and personally liable for FLSA violations, federal courts usually ask whether such individual exercises control over the nature and structure of the employment relationship. Boucher v. Shaw (9th Cir. 2009).Because 9 U.S.C. 203(a) defines person as individual or group of individuals, more than one “employer” can be liable for the FLSA obligations, which allows aggrieved employees to go after both corporate employer and individual officer or manager.

Federal courts rely on an “economic reality” test  to determine whether a “person” is “acting directly or indirectly in the interest of an employer” under 29 USC § 203(d).  Hale v. State of Arizona (9th Cir. 1993). Specifically, the courts have fashioned a four-factor test which looks at the  “totality of the circumstances of the relationship.” The courts ask whether a corporate agent

For, example, an officer or agent who has an ownership interest in a corporate employer and operational control of the corporation’s business and payroll practices may be deemed an “employer” under the FLSA along with the corporation itself.

In one case, the court have found that  a president and 50 percent owner of corporation was “employer” within FLSA where he ran business, issued checks, maintained records, determined employment practices and was involved in scheduling hours, payroll and hiring employees. Department of Labor v. Cole Enterprises, Inc., (6th Cir. 1995)

Analogously, Boucher v. Shaw (9th Cir. 2009), the Ninth Circuit has found that CEO, CFO and other managers of a bankrupt corporation who were the only shareholders could be held liable for the corporation’s failure to pay wages, vacation and holiday pay, because  the officers  had “control and custody of the plaintiff class, their employment, and their place of employment.”

However, in Alvarez Perez v. Sanford–Orlando Kennel Club, Inc., the Eleventh Circuit made it clear that in order to qualify as an employer for  purposes of  FLSA liability, an officer “must either be involved in the day-to-day operation or have some direct responsibility for the supervision of the employee.”  Therefore, a corporate officer who only showed up at workplace once a year was not an employer under the FLSA.

In another case, the First Circuit has found that a corporation’s president was personally liable for FLSA violations where he was principally in charge of directing employment practices, such as hiring and firing employees, requiring employees to attend meetings unpaid, and setting employees’ wages and schedules. The court concluded that he was thus instrumental in “causing” the corporation to violate the FLSA” and as such he was jointly and severally liable under the FLSA for unpaid wages along with the corporation. Chao v. Hotel Oasis, Inc. (1st Cir. 2007).

As the number of insolvent employers rises these days due to an economic downturn, Plaintiffs’ attorneys are more willing to go after individual owners/managers under the FLSA in order to make sure that aggrieved workers are compensated for unpaid hours.

Because majority of businesses operating in California, whether large or small, are locally owned and/or controlled by corporate officers, corporate officers’ personal assets are always vulnerable during many liability disputes Therefore, California business owners must take seriously their responsibility to pay their employees properly for all hours worked.