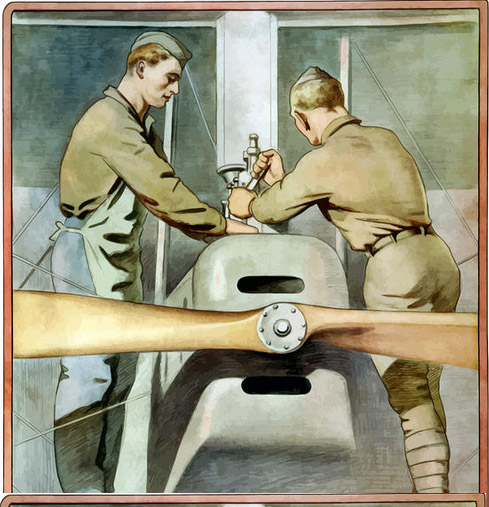 I work as an auto mechanic (or automotive service technician) at a local auto dealership in California. My compensation is based on a piece-rate system. In other words, I am paid at a “flag-hour” rate of $25 for specific automotive repair projects.  However, I do not receive any compensation for waiting time between the projects or other minor non-repair assignments.
Often, there is not much repair work to do at the shop; however, I am still required to stay on the premises and wait for customers. Sometime, I am paid only for 4 “flag” hours despite my total number of hours are at least 8 hours. My employer tells me that when the total number of my hours at work during the pay period are averaged, including hours spent waiting for repair work or performing nonrepair tasks, I received at least the minimum wage. Is my employer correct? Am I entitled to at least minimum wage compensation for waiting time or non-repair assignments?

In its recent decision Gonzalez v. Downtown LA Motors, LP, 215 Cal. App. 4th 36 (Cal. App. 2d Dist. 2013), the California Court of Appeals answered this question in favor of employees. The court held that the employer had to pay a separate hourly rate of at least minimum wage during work time when piece-rate employees are engaged in non-repair or waiting activities that do not directly produce piece-rates. The Court explained that Industrial Welfare Commission wage order No. 4 does not permit averaging compensation over the total number of hours worked to determine compliance with minimum wage obligations.  Also averaging piece-rate wages over total hours worked during the pay period violates payment requirements (Lab. Code, §§ 221-223).

In Gonzalez v. Downtown LA Motors, LP, 108 automotive service technicians brought a minimum wage class action against their employer Downtown LA Motors Mercedes Benz (DTLA), an automobile dealership that sells and services Mercedes-Benz automobiles. Plaintiffs claimed that DTLA failed to pay them a minimum wage during their waiting time–periods of time they were on the clock, but waiting for repair orders or performing other nonrepair tasks.

Technicians regularly did not have repair work to do because there were not enough vehicles to service. When this occurred, technicians had to remain at work, and those who asked to leave early were told that they needed to stay because customers might come in.

The dealership contended  its method of compensating technicians complied with the plain language of Wage Order No. 4 because technicians were paid an amount “not less than” the amount they would have earned had they been paid the applicable hourly minimum wage for “all hours worked” during a given pay period.

Employer May not Average Piece Rate Employee’s Compensation in Order to Satisfy the Requirements of Minimum Wage Laws.

In reaching its decision the Court heavily relied on Armenta v. Osmose, Inc.,135 Cal. App. 4th 314 (2005). In Armenta, the court construed Wage Order No. 4 to preclude an employer from averaging an employee’s compensation over the total number of hours worked to determine compliance with minimum wage obligations. In essence, the main issue was whether Armenta’s decision applied to piece-rate employees.

The dealership argued that Armenta concerned only hourly employees and the Armenta court’s construction of Wage Order No. 4 should not be applied to workers who are compensated on a piece-rate basis. The Court rejected this argument because it required a construction that was contrary to the plain language of the wage order. By its terms, Wage Order No. 4 does not allow any variance in its application based on the manner of compensation.

The Court also looked at a series of federal decisions applying California’s minimum wage law and rejected the dealership’s attempt to limit Armenta to hourly workers. (See, e.g., Cardenas v. McLane Foodservices, Inc. (C.D.Cal. 2011) 796 F.Supp.2d 1246 (Cardenas); Carrillo v. Schneider Logistics, Inc. (C.D.Cal. 2011) 823 F.Supp.2d 1040.) Specifically, the Court cited to Cardenas, which was instructive as it involved truck drivers who were paid on a piece-rate basis and who claimed their employer failed to compensate them for time spent each day waiting for customers and performing pre- and postshift duties such as conducting vehicle inspections and safety checks and picking  up keys and manifests. Acknowledging the key difference between federal and California minimum wage laws, the Court  emphasized that  ‘[t]he averaging method used by the federal courts for assessing a violation of the federal minimum wage law does not apply’ to California law-based claims.” The Cardenas court then held that “a piece-rate formula that does not compensate directly for all time worked does not comply with California Labor Codes, even if, averaged out, it would pay at least minimum wage for all hours worked.” (Ibid.)

To illustrate its reasoning the court used the following example: a technician who works four piece-rate hours in a day at a rate of $20 per hour and who leaves the jobsite when that work is finished has earned $80 for four hours of work. A second technician who works the same piece-rate hours at the same rate but who remains at the jobsite for an additional four hours waiting for customers also earns $80 for the day; however, averaging his piece-rate wages over the eight-hour workday results in an average pay rate of $10 per hour, a 50 percent discount from his promised $20 per hour piece rate. The second technician forfeits to the employer the pay promised “by statute” under Labor Code section 223 because if his piece-rate pay is allocated only to piece-rate hours, he is not paid at all for his nonproductive hours.

As a result, the Court affirmed the judgment of trial court, awarding technicians more than $1.8M.

In July 2013, the California Supreme Court denied review of Gonzalez v. Downtown LA Motors; therefore, it is now a controlling authority governing minimum wage compensation of piece-rate employees. The decision will have a substantial impact on automotive and dealership industries and will require many employers to drastically revise their piece-rate or “flag rate” compensation systems as well as time keeping methods.