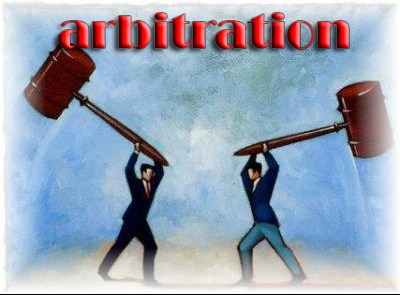 This is another post-Conception decision by the California Court of Appeal holding that notwithstanding Conception, in certain circumstances, based on a case-by-case analysis, class action waivers may be unenforceable.

Specifically, last week in Franco v. Arakelian Enterprises, Inc., 2012 Cal. App. LEXIS 1207 (Cal. Ct. App. 2012), the Court of Appeal (Second Appellate District, Division One) concluded that Gentry was not overruled by Conception and remains good law because, as required by Concepcion, it does not establish a categorical rule against class action waivers but, instead, sets forth several factors to be applied on a case-by-case basis to determine whether a class action waiver precludes employees from vindicating their statutory rights. And, as required by Stolt-Nielsen, when a class action waiver is unenforceable under Gentry, the plaintiff’s claims must be adjudicated in court, where the plaintiff may file a putative class action.

Gentry held that, based on certain factors, a class action waiver may be unenforceable if it prevents employees from vindicating unwaivable statutory rights. Stolt-Nielsen, on the other hand, held that if an arbitration agreement does not expressly or implicitly authorize a class action, a plaintiff cannot pursue claims on a class basis in an arbitral forum.

However, Concepcion did not address or question prior Supreme Court cases recognizing that an arbitration agreement may be unenforceable if it prevents a plaintiff from vindicating his or her statutory rights.

The court emphasized that Concepcion recognized that “[t]he overarching purpose of the FAA … is to ensure the enforcement of arbitration agreements according to their terms so as to facilitate streamlined proceedings.” But Concepcion did not hold that every ground for revoking an arbitration agreement under the savings clause in section 2 of the FAA (9 U.S.C. § 2) is preempted just because it interferes with the purposes of the act. That interpretation would render the savings clause meaningless. Every ground for revocation under section 2–such as fraud, duress, or unconscionability — renders an arbitration agreement partially or totally unenforceable according to its terms. And in Concepcion, the Supreme Court acknowledged that the “saving clause permits agreements to arbitrate to be invalidated by ‘generally applicable contract defenses, such as fraud, duress, or unconscionability.”

The Franco court further pointed out that Gentry is not a categorical rule against class action waivers. Rather, it is a multifactor test applied on a case-by-case basis that turns on whether, after an analysis of several factors, the court finds that “a class … is likely to be a significantly more effective practical means of vindicating the rights of the affected employees than individual litigation or arbitration, and finds   that the disallowance of the class action will likely lead to a less comprehensive enforcement of [wage and hour] laws for the employees alleged to be affected by the employer’s violations … .”

In addressing whether in this case, the arbitration clause precluded Plaintiff from vindicating his meal and rest break statutory rights, the Franco court made an interesting distinction between means and incentive to pursue small value wage-and-hour claims. Specifically, the court explained that:

Preemption under Concepcion occurs if the arbitration process would make a prevailing claimant whole, but the amount in dispute is so small that a claimant does not think it worth the effort to pursue relief.

However, preemption does not occur under Concepcion if a claimant lacks the means to pursue a claim in arbitration because the cost of pursuing relief on an individual basis–whether in arbitration or court–exceeds the potential recovery.

The court found that Plaintiff Franco lacked the means, not the incentive, to pursue his rest and meal period claims on an individual basis in arbitration. The attorney declarations submitted by Franco in opposing the petition to compel arbitration stated that, based on his estimated recovery of around $10,250 in damages and PAGA penalties, it would be highly unlikely that an attorney would represent him on an individual basis in either arbitration or court. Thus, it does not matter that the employer would pay the arbitrator’s fee and any other expenses unique to arbitration; Franco’s case is not viable in either forum unless it can be brought as a class action.

Given that that the California Supreme Court will soon decide Iskanian and address whether Gentry was overruled by Conception, the employer is likely to seek review of the Franco decision.