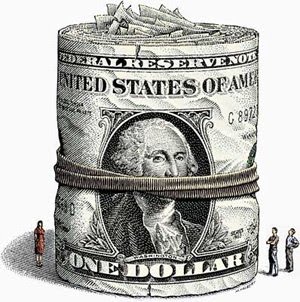 Two years ago, in Sonic I, the California Supreme Court held as a categorical rule that it was contrary to public policy and unconscionable for an employer to require an employee, as a condition of employment, to waive the right to a Berman hearing. In Sonic I, the Court explained that prohibiting waiver of a cigarettes shops Berman hearing does not discriminate against arbitration agreements and is therefore not preempted by the Federal Arbitration Act (FAA). The Court also held that if one of the parties was dissatisfied with the result of the Berman hearing, it could move to arbitrate the wage dispute consistent with the arbitration agreement, just as a dissatisfied party can obtain a trial in court without such an agreement.

The United States Supreme Court granted certiorari in this case, vacated the judgment, and remanded the case for consideration in light of AT&T Mobility LLC v. Concepcion (2011) 563 U.S. __ [131 S.Ct. 1740] (Concepcion). In Concepcion, the high court clarified the limitations that the FAA imposes on a state‘s capacity to enforce its rules of unconscionability on parties to arbitration agreements.

In light of Concepcion, the Court overruled Sonic I, concluding that because compelling the parties to undergo a Berman hearing would impose significant delays in the commencement of arbitration, Sonic I is inconsistent with the FAA. Accordingly, the FAA preempts California state-law rule categorically prohibiting waiver of a Berman hearing in a predispute arbitration agreement imposed on an employee as a condition of employment.

At the same time, the Court emphasized that state courts may continue to enforce unconscionability rules that do not interfere with fundamental attributes of arbitration. Although a court may not refuse to enforce an arbitration agreement imposed on an employee as a condition of employment simply because it requires the employee to bypass a Berman hearing, such an agreement may be unconscionable if it is otherwise unreasonably one-sided in favor of the employer. The Court explained:

The Berman statutes confer important benefits on wage claimants by lowering the costs of pursuing their claims and by ensuring that they are able to enforce judgments in their favor. There is no reason why an arbitral forum cannot provide these benefits, and an employee‘s surrender of such benefits does not necessarily make the agreement unconscionable. The fundamental fairness of the bargain, as with all contracts, will depend on what benefits the employee received under the agreement‘s substantive terms and the totality of circumstances surrounding the formation of the agreement.

Because evidence relevant to the unconscionability claim was not developed below, the Court remanded to the trial court to determine whether the present arbitration agreement was unconscionable under the principles set forth in this opinion.